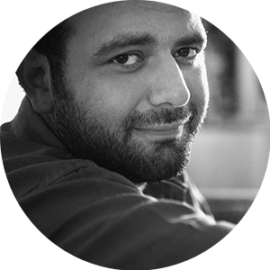 Orwa is an award-winning documentary producer, trainer, actor, writer and CEO of Berlin-based No Nation Films GmbH. He studied acting at the Higher Institute for Dramatic Arts in Damascus, worked as journalist then as 1st AD in fiction films, and as director for commercials, before he became dedicated to producing, with a focus on creative documentary. Orwa produced award-winning films such as Silvered Water, Syria Self-Portrait (Cannes 2014 – Grierson Award at BFI LFF 2014) and Return to Homs (Winner – Grand Jury Award at Sundance Film Festival 2014). His accolades include the Katrin Cartlidge Award in 2012 and the Néstor Almendros Award for Courage in Filmmaking in 2014. Furthermore he served as a juror on several international film festivals and funds, including IDFA and Dok Leipzig. Orwa is a member of EDN, IDA, APSA and Deutsche Filmakademie 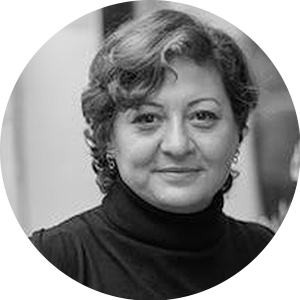 Diana is an award-winning documentary filmmaker, producer and promoter. She studied English literature and had a successful career in marketing and advertising, before she chose to specialize in documentary film. As Creative Producer, she worked on films such as Oscar-nominated director Sara Ishaq’s, The Mulberry House (IDFA 2013) and Silvered Water (Cannes 2014 – Grierson Award at BFI LFF 2014) by Ossama Mohammed and Return to Homs, to name a few. Diana is a co-founder of No Nation Films GmbH. As director, her films were screened in festivals, museums and on TV screens around the world to great critical acclaim. She is also a co-founder and the director of DOX BOX, formerly an independent festival in Syria and currently a support organization in Berlin aimed at Arab World filmmakers. Diana served on various prestigious juries, including the L'oeux d'Or in Cannes 2015, IDFA, CPH:DOX, One World... Diana is a member of Deutsche Filmakademie